From Faro to Peniche – Discover How To Do It 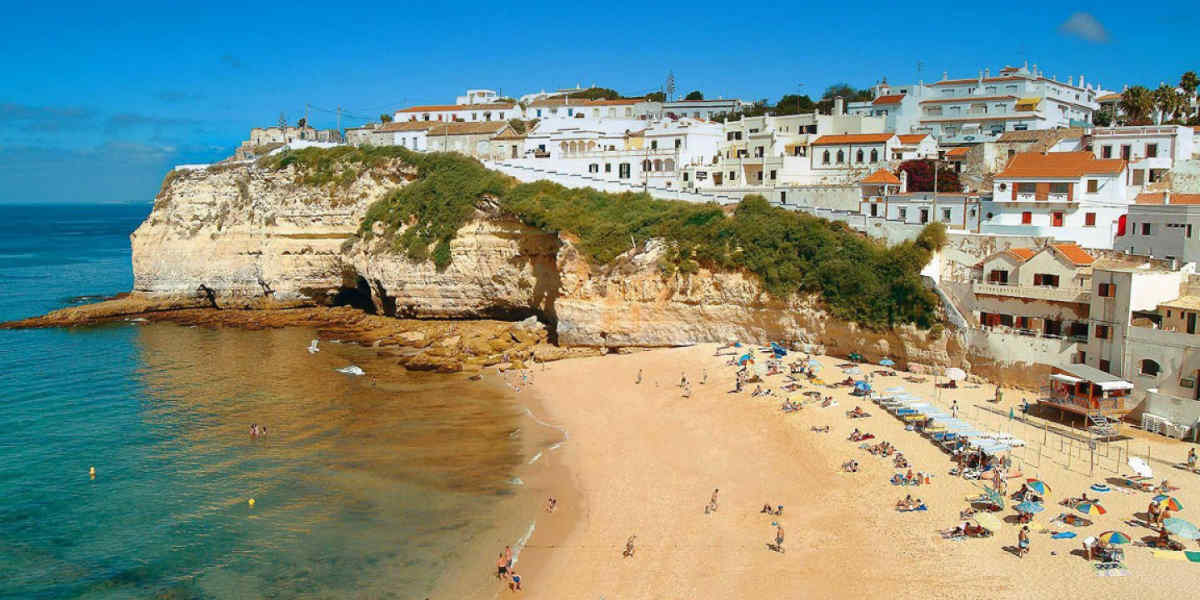 Welcome to Portugal and we can probably already wish you well deserved holidays! With today’s post dedicated to finding the best transport combinations from Faro to Peniche, we will try to make life easier for you if you want to discover Portugal Coast to Coast.

In fact after writing about how to get from Porto to Peniche and how to get from Lisbon to Peniche, you could not miss some information about Faro. Let’s not waste any more time and see immediately how to go from Faro to Peniche through the Portuguese transport and enjoy your surf school in Peniche.

From Faro to Peniche – Practical Info

If you have chosen Faro as the first destination of your trip to Portugal, you will certainly land at Faro Airport which is the main airport in Algarve. This is located about 7 km south-west of the city, is medium in size and does not provide direct public transport to the most important Portuguese cities. Travelers will then have to take a shuttle from Faro airport to the city center. From the city center they will then have the possibility to move through buses or trains, accessing the respective stations.

Faro, located in the extreme south of Portugal very close to the Spanish border (about 63 km), is about 324 km from Peniche which can be reached via a highway or a regional route along the coast. As indicated in the previous posts, whenever possible, we always recommend the solution of the rental car to fully enjoy your trip. In this regard, we indicate the English link of Faro airport where you can find the section reserved for car rental services that will show you which companies are present.

By car to reach Peniche da Faro, approximately 3 hours and 30 minutes will be needed. If you chose the regional road along the coast, the travel time will increase considerably, but on the other hand the landscape offered will be enviable. We suggest that you divide the trip into 2 tranches and enjoy the landscapes and the sea. 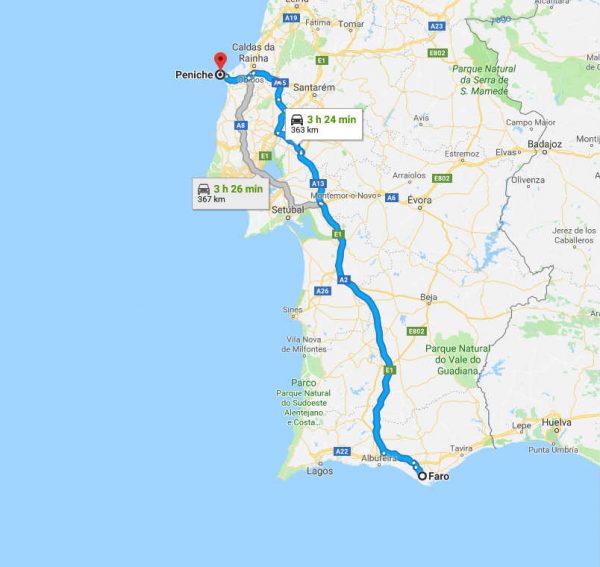 From Faro to Peniche by bus

All those who want to move by bus, here you can find all the info you’ve been waiting for. One of the companies that manage bus travel on the Portuguese land is Rede Expressos. For now it is also the company with which we are used to travel. As anticipated, the distance from Faro to Peniche is important and for this reason you can expect a long and demanding journey if you want to travel by bus.

The trip includes a change, precisely in Lisbon Sete Rios. From there there will be another bus that will pass from Peniche and that will arrive until Porto. For more information on this final stretch of travel, we refer to the post dedicated to how to get to Peniche from Lisbon that you find at the beginning of this article.

Specifically the route from Faro to Peniche, will take a time of between 6 and 8 hours depending on the combination of bus selected. The stages of the journey will be the following:

The approximate price for this bus trip from Faro to Peniche will be around € 27. As often happens, discounts are reserved for online bookings and well in advance, so be careful.

From Faro to Peniche by train

For those who want to tackle this journey by train, enjoying greater comfort, the information not to be missed are as follows. The trip from Faro to Peniche by train includes a change at the Lisbon Entrecampos station, like the bus. Here, passengers will have to change trains to reach Peniche – Dagorda. The journey will be carried out on regional vehicles on both journeys.

The total travel time will be approximately 5 hours, to which you will have to add the time required to change the train. The price is slightly lower and amounts to 24-26 €. Do not forget, however, that Peniche does not have a train station in the city, so once you get there you have to take another shuttle to get to the center or your accommodation on the coast.

The official website of the Portuguese railways is: Combois de Portugal

For any additional information on the journey from Faro to Peniche we remain available. Also do not hesitate to contact us for more details regarding accommodation solutions in Peniche, surf school, yoga classes, activities.

The Boa Onda Guesthouse Peniche staff is always at your disposal through the following contacts: