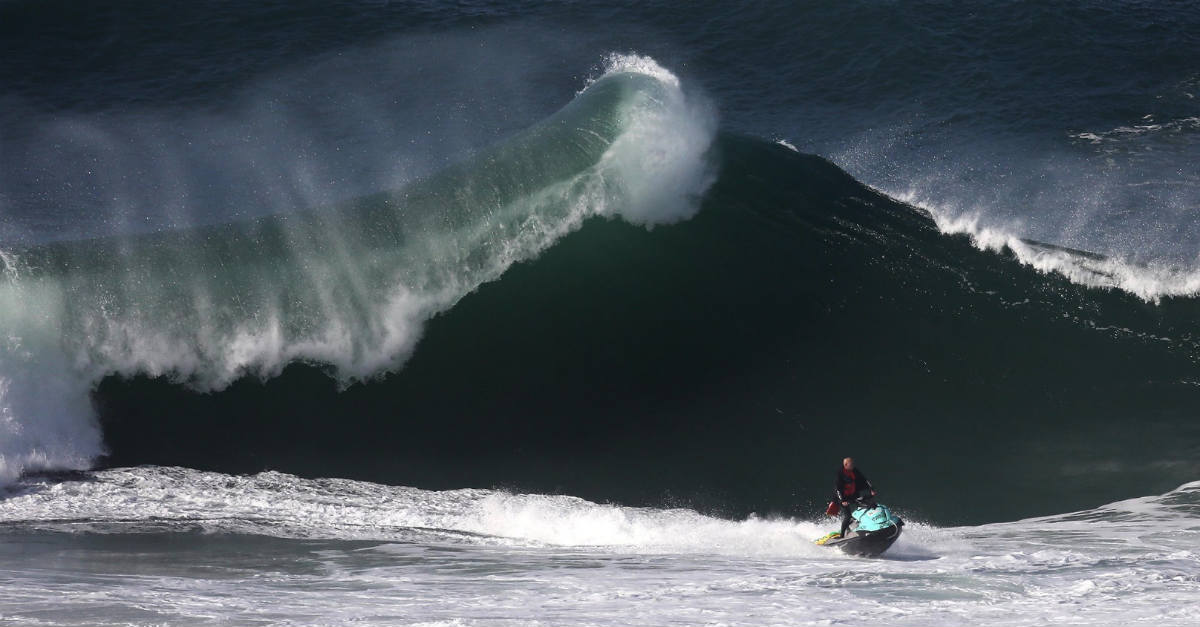 Dear friends of Boa Onda Guesthouse Peniche today we want to talk to you about one of the most spectacular surfing competitions in the world, the Nazaré Challenge. The 2022 edition of the Nazaré Tow Challenge as always took place at the famous Praia de Norte in Nazaré, Portugal, where the best big wave surfers in the world competed against each other riding waves of 40-50 feet high corresponding to 12-15 meters.

Thanks to the favourable weather conditions, this Word Surf League Big Waves event was a great spectacle that left all the fans of the Big Wave World Championship breathless. Obviously, those who had the privilege of watching the challenge streamed on the official WSL channel will have been thrilled, as is often the case during high-adrenaline competitions.

The winner of the competition was Lucas ‘Chumbo’ Chianca who through a great performance managed to win the TUDOR Nazarene Tow Surfing Challenge 2022.

Location and format of the event

The 2022 WSL Nazaré Tow Challenge, was presented by Jogos Santa Casa and officially started at 9am on Thursday 10 February 2022.

“The swell has arrived and it is quite big. It’s 40-50 feet, maybe we’ll see some bigger waves later in the day. The winds have died down, it’s not as strong as was predicted, so we have some fog, but it’s contestable for a 09:00 AM start,” said Garrett McNamara, WSL Tours and Competition, Big Wave Consultant.

Below you will find the participants of the Nazarè Challenge 2022 competition:

The nine teams will be divided into three groups. There will be six 50-minute heats and each group will sail two heats.

The maximum individual total score is 30 points and the scoring scale ranges from 1 to 10 points.

How the Nazaré Challenge 2022 went

From the first heat Lucas ‘Chumbo’ Chianca came out of the gates, and despite not surfing with his usual teammate, Chianca and Nic von Rupp put on a great show. Chianca kicked off with a score of 8.33 after cutting the line with a critical turn in the lip and riding it out. Both surfers upped their scores in their second run and Chianca raised the bar when he launched into a flawless alley oop on a 25-foot wave.

“We are super excited, we have a special connection out there. We’re always looking for the same waves and that’s why I think we’re the perfect couple!” said Chianca.

“It’s a really great opportunity, I’ve always looked up to Chumbo,” said Von Rupp. “He is the guy who always pushes your limits and his own limits, so it is a pleasure to compete with him.”

Nazaré athlete Justine Dupont unfortunately injured her left ankle during her first run, which led to an early end to her day in Nazaré.

“I was happy with my waves, and I’m looking forward to learning more and trying to improve with my surfing. I’m super excited to win best performance and best team with Nic. We had that connection in the water, that was the best part. I didn’t have to say anything, he picked the waves for me and I just performed and he did the same, so it was the best,” said Chianca.

It was a close battle for the prize for the best female performance between Michelle Des Bouillons (FRA) and Maya Gabeira (BRA), but patience and experience paid off for the Brazilian who took first place in the last heat of the day.

As always, we hope you enjoyed this article about the Nazaré Tow Surfing Challenge. We invite you to share it on your social networks and to write to us for any information or further details. Our email address is: info@boaondaguesthousepeniche.com

We look forward to seeing you at our guesthouse in Peniche where you can test the waves of Supertubos with our surf school instructors for an unforgettable experience!