Peniche Fortress – Discover the most famous monument in the city 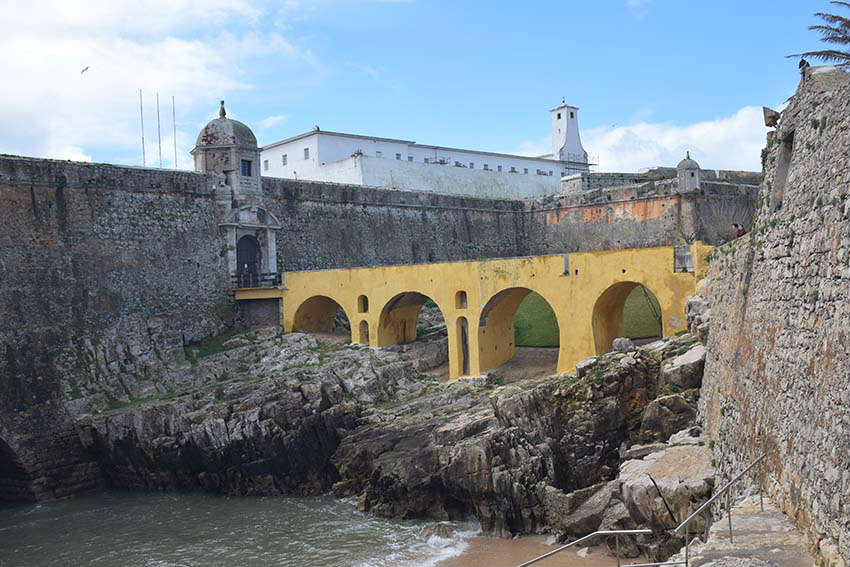 The Peniche Fortress or Fortaleza de Peniche, which we mention in its original name in Portuguese, represents the symbol of the city. Monument of historical value as well as political and cultural, it stands on the Portuguese coast to defend Peniche.

Built in the 16th century, it was transformed into a political prison in the Estado Novo period and later a museum.

For this reason, great historical value is contained within this imposing structure. Tourists on holiday who were wondering what to visit in Peniche, will find in the town fortress one of the most interesting places to see in the streets of the historic city.

If you too were one of the surfers struggling with the lessons of some surf schools in Peniche, we advise you not to miss the historical notes relating to Peniche Fortress, contained in this article.

The fort or fortress of Peniche, was built by Dom João III in 1500 to try to protect the port city from seafaring invaders and predatory pirates. This structure therefore represents an imposing military complex as well as a point of reference on the coast of the peninsula. Currently this monument houses the museum of the city of Peniche within its walls

Visiting the city museum of Peniche, it will be possible to discover the fascinating history of the region illustrated through the events of the fort of political prisoners and escapes from prison.

There are in fact a series of exhibitions that describe in detail a turning point in the history of the fort. During the Estado Novo period, the Peniche Fortress was used to detain political prisoners who rebelled against the fascist dictatorial regime.

In 1960, the fort started one of the most dramatic prison escapes in Portuguese history, where a group of political prisoners managed to escape from prison. Among them, Álvaro Cunhal, the communist revolutionary and the main opponent of the Estado Novo. During the visit it is also possible to explore the isolation cells and the fences of the old prison.

The Peniche fortress rises from the jagged cliffs, blending perfectly with the coast. Equipped with a star-shaped architecture, the 16th century ramparts are carved out of local stone.

In addition to the city museum, inside the walls you can also find the Chapel of Santa Bárbara and the Torre del Sentinel.

Like the fortress of Consolação and the fort of San João Baptista on the Berlenga islands, Peniche fortress was also built in the same historical period in order to protect the old city from attacks from the sea.

The monument is located in the center of Peniche, easily reachable on foot and in less than 5 minutes by car from the city center. The fort complex is closed on Mondays, but for more information we refer you to the official website.

For any information about your stay in Peniche or to visit the beauties of the area, all you have to do is write to us through the contact page or through the following email address: