How to get from Peniche to Coimbra 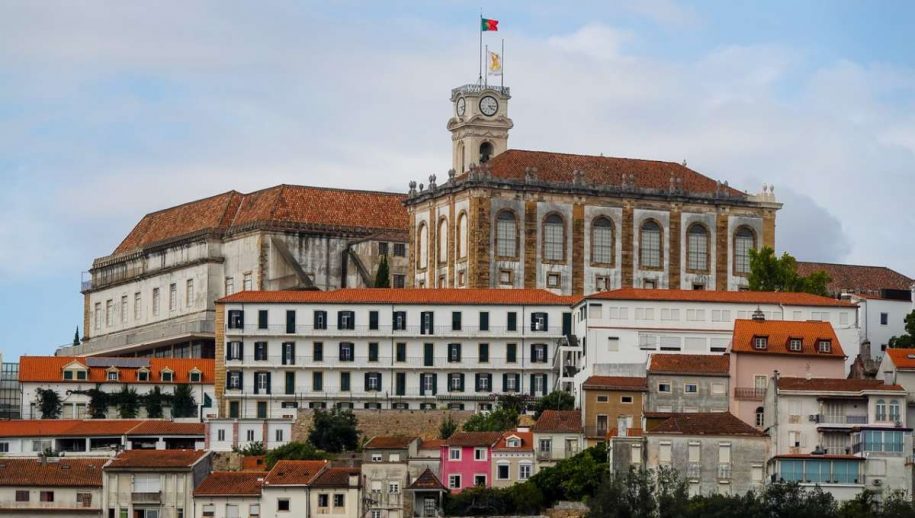 Friends of Boa Onda Guesthouse Peniche today we would like to offer you a new travel guide dedicated to the city of Coimbra. Specifically we are going to find out how to go from Peniche to Coimbra through the Portuguese public transport as well as private means such as cars, motorbikes, campers etc. We will follow the same style used in the previous posts dedicated to discover how to go from Lisbon to Peniche, how to go from Porto to Peniche. Enjoy reading.

Practical information on how to get from Peniche to Coimbra

The distance between Peniche and Coimbra is 182 km. Coimbra is located north of Peniche towards the hinterland and is a very famous town renowned for its University. There are countless students attending this university from both Portugal and foreign countries. The city of Coimbra has about 150,000 inhabitants and is the capital of the Coimbra district.

Below we will outline the options available to you to reach this beautiful city by car, bus and train.

How to get from Peniche to Coimbra by car

The road trip to Coimbra by car takes 1 hour and 37 minutes, mostly on the A8 and A1. We are confident that by using any smartphone navigator you will have no problem reaching your destination quickly and easily. 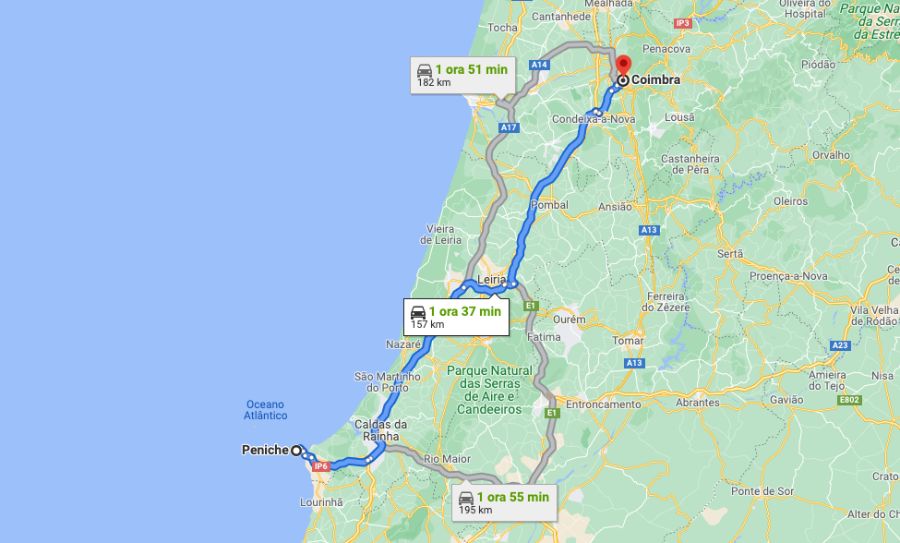 How to get from Peniche to Coimbra by bus

If you choose to travel by bus, you can reach the city of Coimbra with the Portuguese bus company Rede Expressos.

The bus route is as follows:

There is another travel option with a change, but the journey time is 4 hours and 25 minutes for a total of 304 km. The bus from Peniche goes to Lisbon Sete Rios, change station, where you will have to change and go up north. It may be interesting for those who wish to visit Fatima. Otherwise, we strongly recommend the direct travel option.

How to get from Peniche to Coimbra by train

Finally, the last option we would like to recommend is the train, which takes between 2 hours and 20 minutes and 3 hours depending on the means of transport chosen.

From the information we found on the Portuguese railways website, we found 2 different types of trains that leave from Peniche train station and arrive in Coimbra. The station is specifically called Dagorda – Peniche, don’t forget.

In the table above you can see some of the options available with journey times and prices, which are slightly cheaper than the bus. Certainly the train option offers a quieter and more relaxed journey than the bus but on arrival you will need to take either a taxi or a bus to Peniche.

Hoping that the post dedicated to finding out how to get from Peniche to Coimbra was of interest to you, we remain available for further information. Do not hesitate to contact us for more details regarding accommodation in Peniche, surf school, yoga classes.